These terms and conditions are construed in accordance with the model guidelines on direct selling issued by the Govt. of India, Ministry of Consumer Affairs, Food & Public Distribution, Department of Consumer Affairs vide F.No. 21/18/2014-IT (Vol-II) dated 9th Sept., 2016 read with Indian Contract Act 1872 and supersedes any prior terms and conditions, discussions or agreements between Company and direct seller.


The person / entity who has filed the online application form available on Companies Website (which expression shall unless repugnant to the context or meaning there of be deemed to mean and include his / her/ their legal heirs, executors, administrators and assignees of both the parties.


Whereas the first party is a registered company under Companies Act 2013 and the second party is willing to work with the first party after fully compliance of the Indian Contract Act 1872 read with the guidelines as provided by Govt. of India, Ministry of Consumer Affairs, Food & Public Distribution, Department of Consumer Affairs vide F.No. 21/18/2014-IT (Vol-II) dated 9th Sept., 2016 on the following terms and conditions.


1. That the second party undertakes that he / she / they are major of about 18 years and are capable of taking decision of sound mind and not being convicted by any court of law. The second party further undertakes not to use any unethical means against the policies of the company to sale / to refer / to build network.


2. The second party further agrees that all the information furnished to the company is correct and properly entered, any request for correction furnished by the Independent business owner as to his / her sponsor or placement details will not be entertained. The company reserves the rights to accept or reject any request given by the Independent business owner at its own discretion.


3. That the first party agrees to allow the cooling off period of 30 days in order to cancel the Independent Business Ownership and to receive refund for goods or services purchased.


4. The second party further agrees to allow by back / return policy in respect to cancel the order or to return the product in saleable condition as per the policies of the company.


5. The second party hereby agrees, not to represent, sell or distribute the products of other party or stockiest, or any other direct selling company etc. and will not cater to or sell the product of any other brand other than the brands or products of the company, mentioned and given / provided by the Company during the tenure of Independent Business Ownership.


7. The second party hereby agrees that he / she / they shall carry their identity cards / any other identification mark given by the first party and shall not visit the prospective consumer's premises without prior appointment or approval.


8. The second party hereby further agrees that at the initiation of the representation without request they shall identify themselves truthfully and clearly and they will clearly represent the identity of the first party, nature of the goods along with services sold and the purpose of the solicitation to the Independent Business Ownership.


9. The second party hereby agrees he / she will render accurate and complete explanations and demonstrations of goods and services, prices, credit terms, payment terms, return policies and terms of guarantee after sales service or any other policies of the first party.


10. The second party undertakes that he / she / they will get the incentives as per the business / Marketing plan of the company / first party.


11. Independent business owner at any point of time shall neither repack the product nor temper the label of the product of the company.


13. The second party further agrees not to list, market, advertise, promote, discuss or sell any product or the business opportunity on any website / online portal / mobile application / online forum / or any other manner that offers like auction as a mode of selling without the prior approval from the first party.


14. The second party further agrees to pay all the Govt. taxes (Whatsoever of any kind) as and when applicable and shall not hold responsible the first party for the same.


16. The second party hereby agrees that they shall not make any factual representation to a prospective direct seller, which cannot be verified or make any promise which cannot be fulfilled against the policies of the first party.


17. The second party further agrees that they shall not present any advantages of direct selling to any prospective direct seller in a false and or a deceptive manner.


18. The second party hereby agrees that they shall not knowingly make, omit, engage cause or permit to be made, any representation relating to the direct selling operation, including Marketing Plan and agreement between the first party and the second party, or the goods and / or services being sold by such direct seller, which is false and / or misleading.


19. The second party hereby agrees that they shall not provide any literature and / or training material not restricted to collateral issued by the first party to a prospective and or existing Independent business owner, both within and outside the parent Direct selling Entity i.e. the Company, which has not been approved by the first party.


21. The second party hereby agrees to defend, indemnify and hold harmless to the first company against any liability, losses, damages or costs or any legal costs, incurred or suffered by the first party as a result of any breach, negligence act or omission or willful default on the part of them or their representative arising either directly or indirectly for the performance or non performance by the second party or any one on behalf of them.


22. The second party hereby agrees to provide documentary proof of personal identification and address proof, as per KYC process framed by the first party on its website.


23. The second party hereby acknowledges that in their relationship with the first party and / or by virtue of this agreement, they and their employees, shareholders, officers, directors, principals, agents and contractors (collectively representatives) will be and shall hereafter continue to be entrusted with confidential information, the discloser of any of which to competitors of the first party or to the general public would be highly detrimental to the best interest of the first party.


24. Both parties hereby agree that all control and monitoring of the practices and methods shall be controlled by the first party.


25. Both parties hereby agree, in case of termination of agreement, one month prior written notice to be given to the either party.


26. Between the parties, it has been agreed that Independent Business Ownership is not transferable under any circumstances.


27. All disputes, questions or differences whatsoever which shall either during the substances of the agreement or after the termination thereof arise the parties hereto or their respective representatives, touching these presents or the construction or the application thereof or anything herein contained shall be resolved under Indian Arbitration and Conciliation Act and / or its statutory amendments, modifications and re-enactment. The place of arbitration shall be Lucknow (Uttar Pradesh, India) onl


28. Both the parties have signed this contract after understanding the contents in their vernacular language with their free mind, and without any force / pressure whatsoever of any kind.


By clicking the agreed column, the second party undertakes that he / she / they have read & understood all the terms and conditions & Business plan mentioned in Application Form, Contract / E-Contract and the Friendsmantra Marketing Plan and agree to abide by them. 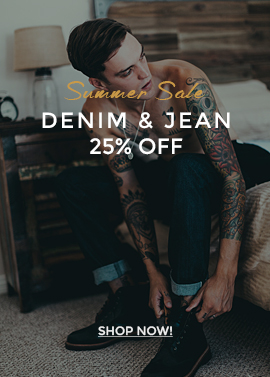 Ready to get best offers? Let's get started!

Ready to get best offers? Let's get started!